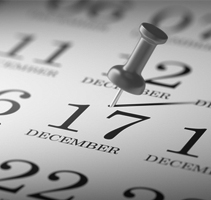 Here’s a small tip for the client who is considering formation of a new corporation or limited liability company (LLC) very late in the year. Wait. At least until December 17.

As most people know, California requires that every corporation and LLC pay an annual minimum franchise tax of $800 for the year in which such entity is formed, and that it file a corresponding tax return for that same year. However, there is an exception not widely published, known as the “15 day rule,” which provides that any new corporation, LLC or LP formed in the last two weeks of the year (typically, this means on or after December 17) is not responsible for paying the $800 minimum franchise tax for the year in which it was formed, nor required to file a tax return for that same year, provided such new entity conducts no business in the state during this period of time.  Under these circumstances, this time period is not considered the first tax year, but rather the following tax year will be considered the first taxable year.

In fact, were you to form a new entity as late as December 15 – just 2 days shy of the 15-day cutoff – you would still be required to pay the $800 for the entire year in which your entity was formed, and you would still have to file a corresponding tax return for that same year. Not fair, but true. So, if your plan is to set up a new entity in order to hit the ground running on a new business for the new year, or you just acquired a new parcel of property late in the year and wish to protect as much through creation of a new LLC, and you are not otherwise required to have your new corporation, LLC or LP formed or doing actual business before year’s end, you may be well-served to wait until the final two weeks of the year to form your entity.